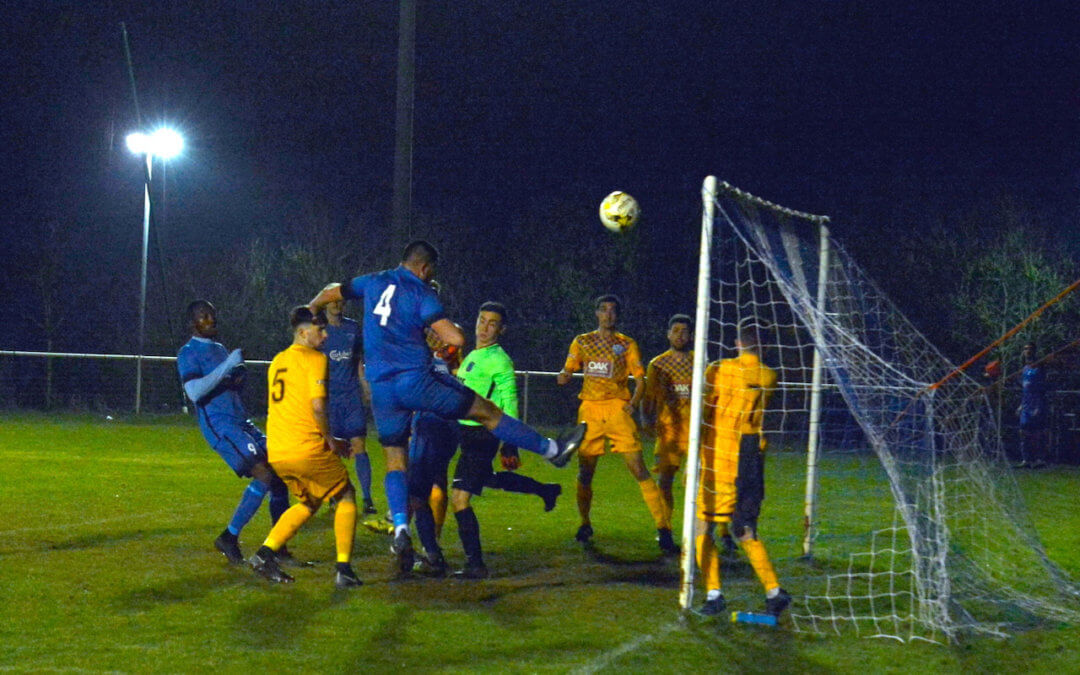 A last gasp winner had a big impact at both ends of the table, struggling hosts North Greenford United were thankful for Redha Zerki’s strike in the 89th minute to defeat second placed Tring Athletic 2-1. Fellow strugglers Arlesey Town picked up another useful point after a 2-2 draw at Wembley, the hosts equalizer coming in the 79th minute. Newport Pagnell Town’s long midweek trip to Edgware Town was rewarded with a 2-0 success while twenty four hours later Baldock Town maintained their fine form of late with a 4-0 win over Harpenden Town and as a result of these two games it is now NPT who sit fourth with the ‘Harps’ dropping to fifth with Edgware remaining sixth. Full results and goalscorers listed below.

Leighton Town gained revenge on their recent League Challenge Trophy exit with this 3-0 home success against same opponents Potton United in the Dudley Latham Cup and as a result will now face a home tie in the semi-finals against current league leaders Colney Heath next month. Full result and goalscorers listed below.

Harefield United moved into the quarter-finals of the Middlesex Senior Charity Cup with a 3-1 home success against Combined Counties League side AFC Hayes. Full result and goalscorers listed below.

Stotfold were denied a place in the top four when they were held to a goalless draw at home by London Lions, this was the first time Stotfold had failed to score in a league game since the 6th August. Rayners Lane remain seventh despite suffering a 2-5 defeat at Bedford while Buckingham Athletic were held to a 2-2 by visiting Ampthill Town. Full results and goalscorers listed below.

Visiting Sarratt put a large dent into the promotion hopes of Berkhamsted Raiders with a 2-0 win in a highly competitive local derby, the win sees Sarratt move up two places to ninth. Full result and goalscorers listed below.

Spare a thought for your postman/postwoman today as they struggle with their sack-full of bills to be delivered today along with the odd card for the lucky ones.