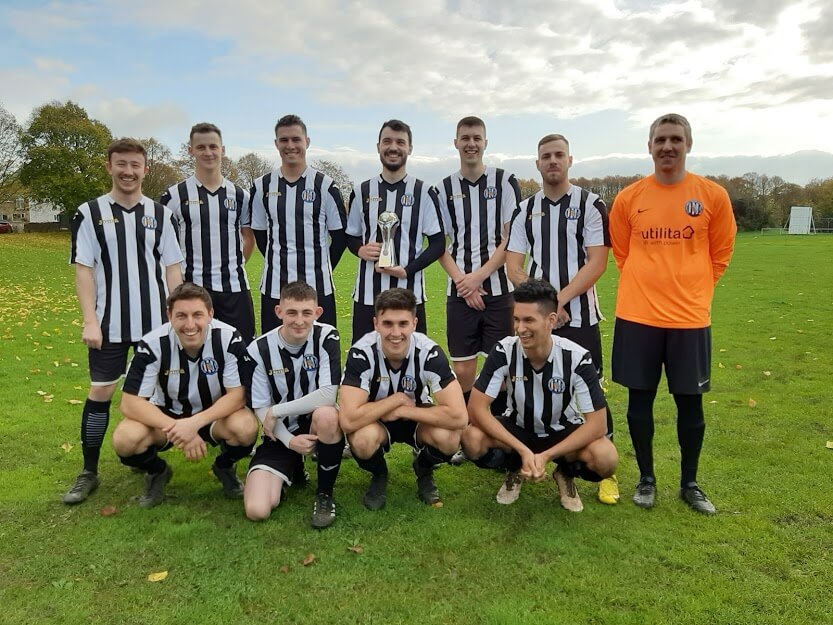 Edgware Town win for the first time since August. Old Bradwell United kept their 5th successive clean sheet as they won for the 8th successive game. Colney Heath march on while The 61FC (Luton) still seek that elusive first win of the campaign. The 21 games seeing 65 goals (an average of 3.09 per game).

It has taken a long ten weeks but Edgware Town have finally won again, a 3-1 home success over neighbours Wembley seeing the champagne corks popping at Silver Jubilee Park. It was a good day for Colney Heath as the club closed the gap at the top to three points with a 3-0 win at Leverstock Green as leaders Tring Athletic were beaten again as the ever improving Leighton Town won 2-1 at the Grass Roots Stadium. Newport Pagnell Town were held at home by second from bottom Baldock Town. Harpenden Town were beaten by the odd goal in three at Harefield United while Dunstable Town and Crawley Green both huffed and puffed but neither could break down the defences at Creasey Park. Elsewhere Arlesey Town secured the three points with a solitary goal win over visiting London Colney while Broadfields United earned a point on the road with a goalless draw at Oxhey Jets. Full results and goalscorers (where known) are listed below.

With the top three winning and bottom four suffering defeats it is a case of deja-vu in the Division One standings. Leaders St Panteleimon remain unbeaten after 16 games after winning by a solitary goal at Langford, New Salamis won 1-0 at Shefford Town & Campton and it will be interesting next week when the top two meet. Winslow United continue to chase the top two after a stoppage time goal saw them defeat visiting London Tigers by the odd goal in three. Hillingdon Borough picked up three useful points as they bid to move away from the strugglers with a 2-0 win at second bottom Amersham Town while bottom club Park View were beaten 0-3 at home against Stotfold. Fellow strugglers Brimsdown were narrowly beaten by the odd goal in seven at Milton Keynes Robins and FC Broxbourne Borough went down at home against London Lions. Full results and goalscorers (where known) are listed below.

Pitstone & Ivinghoe’s seventh successive win on Saturday, a hard fought 2-1 win over visiting Unite MK, saw them move to the top of the table with the morning leaders involved in a cup tie. Berkhamsted Raiders remain third after coming out on top by the odd goal in five at home against Buckingham United. New Bradwell St Peter had to settle for one point following a 3-3 draw at MK Gallacticos in what was a hotly contested local derby. Elsewhere bottom club The 61FC (Luton) are still seeking that first league win after coming close on Saturday the Bedfordshire side were narrowly beaten at Tring Corinthians AFC by the odd goal in seven. Full results and goalscorers listed below.

Two goals in four minutes saw Totternhoe comeback from a goal down at Bovingdon to book a quarter-final date at home against Unite MK next month. The day’s other tie saw Old Bradwell United defeating visiting Sarratt 3-0 and for more on this see the Team of the Month Awards section below. Full results and goalscorers (where known) listed below.

TEAM OF THE MONTH AWARDS

The Mad Scot, Bill Hamilton, was despatched to Milton Keynes, struggling under the weight of two Team of the Month trophies. One went to Old Bradwell United (August, below left) who have made an outstanding start to the season and the other went to newcomers Sarratt (September, below right) who took the award for their much improved performances during September. The two sides were drawn together in a most enjoyable Division Two Cup tie with Old Bradwell still on course for a League and Cup double, a feat they have never accomplished during their many years in the Spartan South Midlands League. Tommy Cooke, fully recovered from an injury that has kept him out of action in recent weeks, put the hosts ahead midway through the first half. The young Sarratt side fought hard to get back in the game but failed to take the chances that came their way and conceded two further goals from Ben Green and Man of the Match Jamie Cox who secured a 3-0 victory for the home side. Full marks here for sportsmanship. Only 8 fouls in 90 minutes and not a yellow card in sight.

The Twittersphere served up this gem from one die-hard fan who obviously had his priorities right.

Eventually they did manage to make the breakthrough during the second half while I was in the clubhouse waiting for the new tea bag to do its job.

Remember to tune into Three Counties Radio (Herts, Beds & Bucks) and a show all about local non-league football- The show is live every Tuesday evening from 6.00pm – 7.00pm and is the perfect opportunity to catch up with our local non-league scene at all levels.

The result of this week’s Team of the Day Poll with 231 votes cast is:-

Arlesey Town and St Panteleimon both 20%