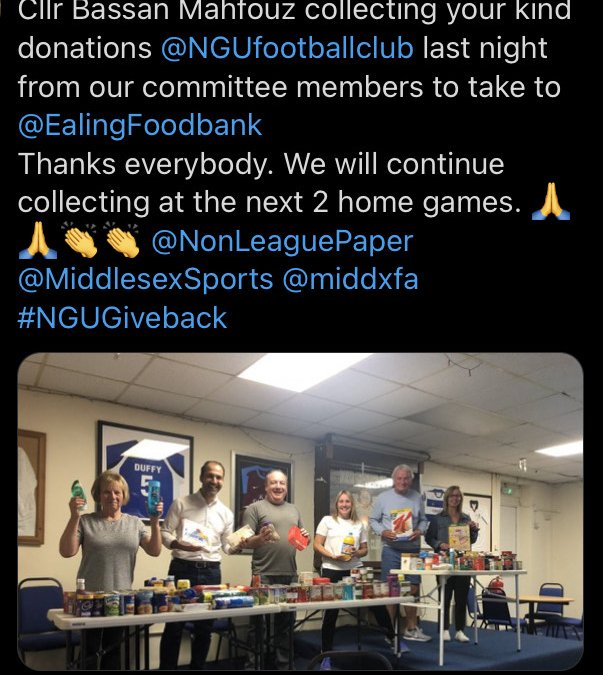 The idea came from the players in Early September 2020 and the Committee decided to get behind it. We contacted as many fans that were attending games to please bring any spare Food items to help those in our local Community via the Food Bank, this had a very positive response. We also got a great response from opposition fans during the month and our U18s and their parents. Finally as we gathered so many donations we got the local councillor Bassam Mahfouz on board to make sure it went to those most in need.

Everyone wanted to do something to help the local Community, Club Chairman John Bivens got the whole club behind this project and in fact it has now grown into a season long project whereby we will do a form of charitable donation each month throughout the season. We collected £80 for the Samaritans in October and had a big month planned for the Royal British Legion in November, but lockdown put an end to that! We will do something for them later in the season. We are planning another food bank initiative in December if we’re back and look to help some mental health and cancer charities in the New Year. These are tough times for everybody but we have an opportunity to give something back to those that are in more need than us.

This project has had a really positive effect on the players, coaching staff & club members.